For years we have been playing the game as we try and show the world our creative work online. Our whole GOAL is to get people to ABSORB the art we put up, whether it’s a music video, artistic short film, or any video about your creative thing.

We have played the Facebook video game, and rolled with all the changes, playing by their rules that they change every week.

We have tried to build a Twitter audience, an Instagram following, and even tried LinkedIN. We’ve tried to figure out if we should go live with videos on Facebook or elsewhere, and we’ve tried to blog and even podcast.

All to get people to listen to our music, watch our videos, or see our genius ideas.

And, oh yeah...we toss our videos up to YouTube too...

Well folks, the time has come to FLIP all that on its head. I think for creatives to be seen and heard, we HAVE to focus on YouTube FIRST!

Yes, we will still use Facebook and it’s infuriating algorithm that mainly shows your posts to the minimum of people, especially if you are driving them to your site, or Youtube, or some site like Spotify, unless you boost or run ads. There are ways around this, which we will get to in another post about Facebook.

If you are an Instgrammer then you’ll still use that, and same with Twitter or LInkedIN. But the difference is the focus needs to be pointing them to YOUTUBE first. (It still involves ads so don’t get too excited, but welcome to marketing.)

Now, focusing on YouTube really has nothing to do with money, because unless you get a million views or plays of anything and you are consistent like every week!, there’s not much money. But it IS about getting the music or art or talent you have in front of the eyes and ears of people, and YouTube is where we need to focus. And here’s why:

Sure, you post a video natively to Facebook and ooh, look at all those views...and ooh look at how many we get if we boost it, ooh. We have been doing this to clients’ and our own pleasure for years.

NEWS ALERT!
You’ve been duped. Those 2000 Facebook “views” are not 2000 people watching. There may be a handful watching all the way through, maybe 100 watching one minute of your four minute beautiful video, but the other 1,900 are PAUSING as they scroll down their timeline. PAUSING! Not VIEWING. And there’s no sound even if they do pause unless they push the sound button!

Drill down in the numbers and stats of your Facebook videos (better yet don’t, it will only depress you), and you will see the drop off in viewership after 3 sec, 10 sec, and the dreaded one minute drop. You’ll also see the average view time which will break your heart. Probably :09 seconds is the average viewing time of your 3:50 minute video.

Folks, people just don’t have time to watch a 3-4 minute music video when there are political views to fight over, stupid memes to share with your friends, and things to either scare you, make you laugh, or BORE you entirely.

That’s why for all our Cre8iv brands we are now focusing first and foremost on steering people to YouTube for the videos we want people to watch. YouTube has much better audience retention than Facebook or Instagram video. But YouTube is where you can build a base of subscribers who are going to watch and hear more video than just 10 seconds.

Each person you get there is a possible subscriber, like someone subscribes to Netflix. They go there to see the new episodes of the shows they like.

Facebook is a place where you can send people to YouTube, even though it doesn’t want you to, more on that next time.

Instagram? That’s a different deal. You really only get one link in your bio, and you can either make that go to your YouTube Channel or embed your YouTube videos in your web site and send them to your main web site.

And of course you can embed YouTube links directly in the code of your web site, which IF you do with their embed code, this also counts towards views. And in general, there’s no better place to have people than at your web site.

So that’s it, that’s our rant for this week.

Steer...everything...to YouTube. Every other social media, especially Facebook is temporary. It’s a newsfeed. It’s a superhighway of information.

YouTube is where people focus on one thing: videos.

YouTube is like a Hulu or Netflix that you go to on purpose to watch something. You are more likely to sit and absorb the video on YouTube because there’s not messages and notifications popping up to disturb you. You went there on purpose to watch a video.

Next time we will talk about Facebook, and while it may be a great tool for getting creative video to your friends and family, we'll talk more about how to use it better for getting people to your YouTube Channel, which is really where you want them.

EC
--
John Eric Copeland is a composer, and also...a video creative, as luck would have it, so he can get all his (and his clients) creations on YouTube!!

For a general idea of all what's going on with Eirc's music and his clients, go to http://www.Cre8iv.TV 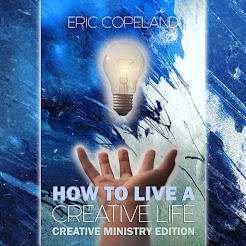